Compared to other dollies...the ColorTran Mini-Crab is not only the most versatile...It's also the most compact and portable dolly out there! 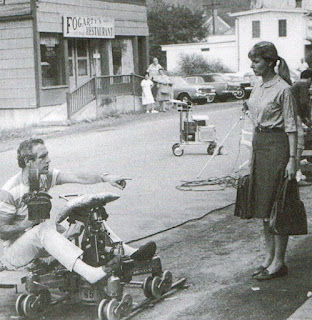 See for yourself! Take a look at these other dollies for comparison! Paul Newman riding an earlier Italian-made Elemack Mark I (on tracks) hand-holding an Arri 35-2. Click on any image to enlarge. 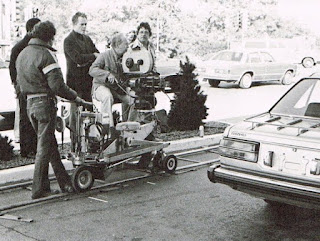 Filmmaker, Andrew Costikyan being pushed on a three-wheeled Fisher dolly (on tracks). 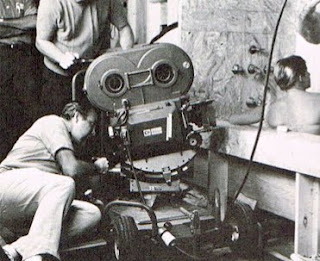 Mr. Costikyan using his Costikyan Western Dolly fitted with a Mit and a Worral gear-head on top of a high-hat.

Photo Credits: Richard L. Bare, The Film Director, IDG Books. Jon J. Conrad, The TV Commercial How it is Made, VN Reinhold Co.
Posted by Greg and Christine Zaryk at 9/28/2010