Rare image of the Mini-Crab Prototype and its Inventor 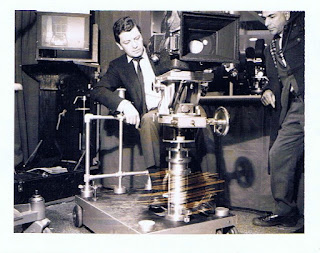 An extremely rare and a never before seen Polaroid image of William Sargent sitting on board his Mini-Crab prototype during the time he was doing a daily live show in L.A. This show had just turned into continuous week-to-week run named ‘Day in Court’. William was one of the running characters.

This was at ABC’s Selmour Productions. William decided to take the prototype down one day to the set to show it off to the crew for an opinion.  It must have been during the time the Mini-Crab was in production at Colortran (note the prototype still displays the interim Hydraulic ram).

This image enlarges quite nicely. Just click on it with your mouse!
Posted by Greg and Christine Zaryk at 8/05/2015 No comments:

William Sargent and his love of the Theater

As mentioned before, we wanted to highlight William Sargent's career as a performer. Soon, you will see some photographs from his TV, movie and stage performances. Here below (click on image to enlarge) is an article written about the Mini-Crab inventor in 1990 talking about one of his greatest passions...Live Theater! 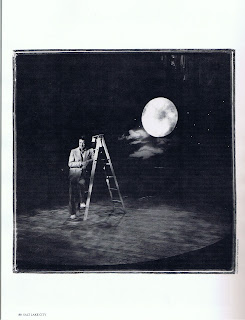 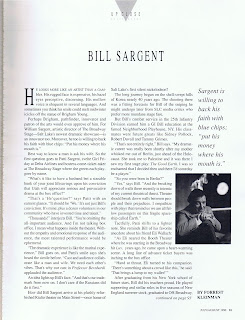 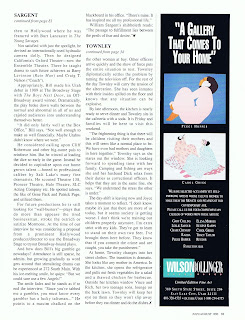 Dear Mini-Crab owners, if you haven't done so already, please send us your dolly's serial number, a picture of you and your dolly along with your name and location. We're preparing to update the Sarkell Society list (posted below). Thank you! 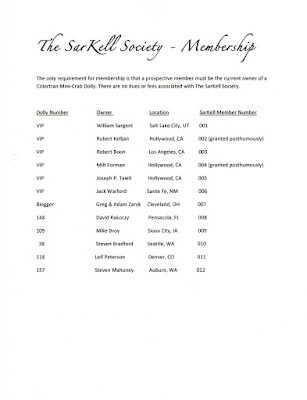 The only requirement for membership into the SarKell Society, is the individual must be the owner of a Colortran Mini-Crab Dolly. There are no dues or fees associated with this society.

If you're the owner of a Colortran Mini-Crab Dolly...register your dolly today by e-mailing your name, city/state, the dolly's serial number and your e-mail address to: 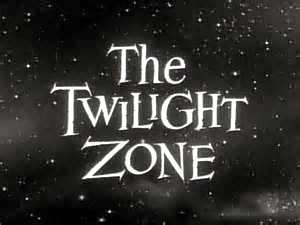 For those who have Netflix, you can watch one of the many TV shows Mr. Sargent contributed to as an actor. The next time you're on Netflix, look for the Twilight Zone series. Netflix is currently streaming 100 of the original episodes. Once you open the series, go to episode #114, The episode is called 'Ninety Years without Slumber'. This was from Season 5, episode 12. William Sargent plays a psychiatrist by the name of Mel Avery.
Posted by Greg and Christine Zaryk at 8/01/2015 No comments: